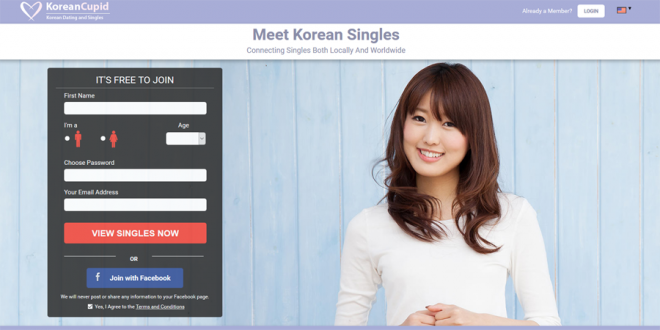 There aren’t many choices for meeting Korean singles but KoreanCupid is one of the better known ones out there. It’s a self-guided system meaning there are no human matchmakers or anything like that to deal with. A simple dating site where you go to find a Korean bride, husband or friend. Or naturally if you’re Korean and want to meet someone who’s not, it works for that too.

KoreanCupid is a very young site. By that I mean a lot of the people I met there were in their teens or early twenties. It’s active and people like to exchange messages, photos and everything else. A lot! People will send you pics of just about anything; their meals, their pets, their cars or bikes and of course themselves.

Do be careful though of being invited off the site to chat if it’s someone you’ve just met.

I didn’t come across many “older generation” singles though that could have been down to my search preferences.

Nevertheless the vibe is young, fresh and modern. It’s also friendly and if you’re new there people will reach out to you.

As we’ve said about other Cupid sites, don’t skip on adding detail and photos to your profile. The site’s sometimes over-zealous “clean up team” can be quite aggressive.

If your profile doesn’t contain very much information it is a sure fire way to get zapped. I added my profile to KoreanCupid hoping to go back a day or two later. Then when I tried to login it’d been zapped already.

It’s frustrating and time consuming having to use a new email to get in. So do be carefully.

This is however done for a very good reason. To keep scammers out and keep us all safe when dating.

Your personality test will add some credibility to your profile so don’t overlook that. It takes about 5-minutes to complete it and it is fairly pain free. In fact I quite enjoyed doing mine. If you have a completed test and it is public anyone who drops by on your profile page will instantly see how you measure up to them and whether there’s a chance of a mutual spark of attraction.

It also gives Korean singles a chance to see in a clear way what kind of person you are. It’s not always easy fathoming the personality of a person from a faraway land – but this certainly helps.

I found KoreanCupid to be a mixed bag in terms of what people are after. There are plenty of very pretty Korean girls on there. They seem happy enough to chat to anyone. Many of these girls are open to distance relationships. That means guys in the US, Europe, Australia and the like.

In this day and age with ease of communication having a long distance romance isn’t the challenge it once was.

I found KoreanCupid to be a mixed bag in terms of what people are after. There are plenty of very pretty Korean girls on there.

There’s also quite a number of Koreans who are just dating among themselves. These tend to be the older ones.

Most of the men I came across were not Korean but were there to meet Korean girls or Asian women of any description. I chatted to quite a few of these men. Some were just looking for a light and casual romance. Others were set on marriage and were very relaxed and confident they’d find what they were after.

Whatever you are looking for KoreanCupid is a melting pot of cultures, sexual preferences and ages. If it isn’t here, it probably doesn’t exist anywhere else.

What will I have to Pay?

KoreanCupid has a try before you buy system. If you are pretty and popular, by that I mean male or female here 🙂 you will probably be able to get away without paying anything. Just sit pretty and wait for people to get in touch. Free members won’t be able to chat to you but paying members will. 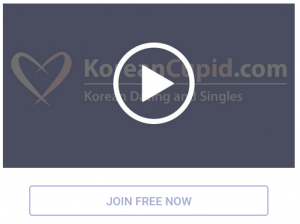 For the rest of us this approach probably isn’t going to work. Or at least not in time to meet someone before drawing retirement.

Once you’ve upgraded your account restrictions get lifted and you will be able to contact people. That means you’ll be able to message anyone, or use the instant chat.

You’ll also get a boost in that your profile is seen by more singles and by that you will have more chances of being approached by someone.

Both Gold and Platinum memberships can be bought for a single month or for successive months. The longer you commit to, the cheaper it becomes on a per month level.

Betty Zhao is an avid blogger. She writes on love and relationships. In her spare time, she cooks and cares for her elderly relatives.
Previous: MexicanCupid – Dating the Mexican Way